There are quite a number of words, names and colors being unofficially banned in Malaysia, usually for being too “sensitive” or “seditious”. The word “pendatang” is in the list. People of the East has been known for their shyness as compare to the West but level of tolerable sensitivity for Malaysian authorities is much lower beyond imagination of any democratic earthling.

Direct translation for “pendatang” is immigrant. Not many will dispute that the United States of America is the biggest land of immigrant in size. Besides the State, World Factbook revealed that United Arab Emirates (UAE) citizens are less than 20% of its total population and ranked top in term of migrants per population. Malaysia only ranked 139th with 0.40 net emigrant per thousand of population based on 2009 estimate.

According to Malaysia’s Nomination Dossier to UNESCO for World Cultural Heritage status application, Penang was founded as a settlement colony in 1786 by a British trader named Francis Light. However, the early development is attributed to “the courageous and entrepreneurial spirit of early migrant communities who found in George Town a place to make a living and begin a new life”. Thereafter, these migrants (whom their descendants have been given citizenship of the country) engraved heritage for the modern generations to treasure and tourism industry to prosper.

Highlighted heritages in Malaysia’s dossier to UNESCO include fifteen religious buildings in George Town. Among them are Kapitan Keling Mosque and Goddess of Mercy Temple, both at Kapitan Keling Road and St. George’s Church at Lebuh Farquhar. Kapitan Keling Road also hosts Sri Mahamariamman Temple for Hindu devotees. This is a good proof that Malaysian of different religions could indeed live harmony together. Unfortunately, some Malaysian politicians choose to tune up Samuel Huntington’s The Clash of Civilization, perhaps for hidden agenda that only themselves and God known. 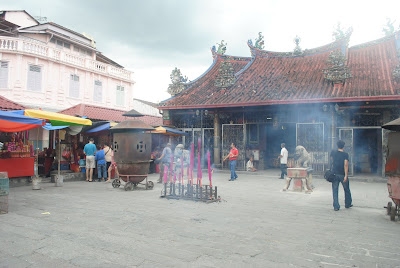 Kapitan Keling Mosque is the largest historic mosque in George Town. More interestingly, it was built for the Indian Muslim community in 1801 by German architect (Henry Alferd Neubronner) on a site granted by the British East India Company. Meanwhile, Goddess of Mercy Temple is the oldest Chinese temple in Penang. 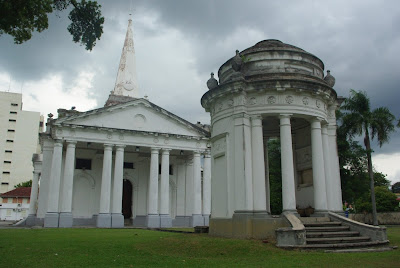 Away from George Town, two more temples share no less popularity – the Kek Lok Si and Wat Chayamangkalaram. Located in Air Itam, the former is the largest Buddhist temple in Southeast Asia. According to Wikipedia (2011), Kek Lok Si started construction in 1890, primarily sponsored by Kapitan Chung Keng Quee and even received sanction from Emperor Guangxu of China who bestowed a tablet and gift of 70,000 volumes of the Imperial Edition of the Buddhist Sutras. Meanwhile, Wat Chayamangkalaram is a Thai-Buddhist temple located in Pulau Tikus. Various Thai festivals are celebrated in Wat Chayamangkalaram temple, for example, the Loy Kratong. The temple houses the gigantic gold-plated reclining Buddha statue. Surprisingly, a larger (being claimed Southeast Asia’s largest) reclining Buddha is in another Thai Buddhist temple in the sate of Kelantan. Being rule by the Islamic political party PAS, this speak well for the party as well as the religion in contrast to the issues of temples demolition claims against the Barisan National previous ruling in Selangor and other states. 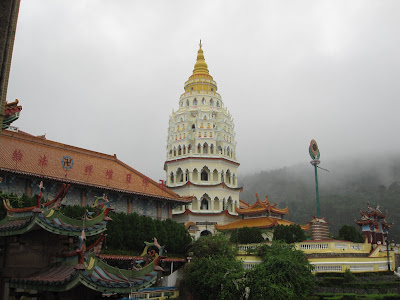 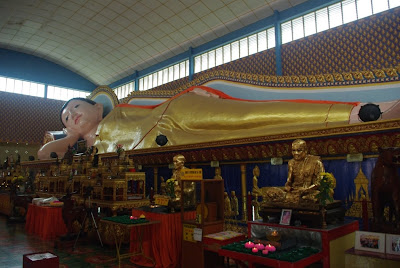 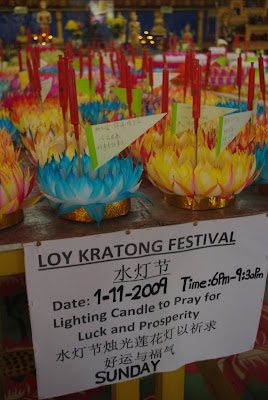 Nonetheless, the best imprint to Malaysian society from the migrants and British is not the buildings but the unique society itself and their everyday living where language, craft, system and architecture are only parts of the whole cultural heritage within Malaysian society. Cross culture between ethnic groups has evolved unique Malaysian identities. For example, throughout Peninsular Malaysia, we have Indian Muslim who operate the very popular “mamak” eateries. Local and foreign tourist can enjoy roti canai, capati, tosei, nasi lemak and many other Indian and Malay food variety there. Whenever there is a live telecast of English Premier League match, football fans will throng those eateries, cheering their teams together with unknown patrons of different race, religion or citizenship! Well, shall we consider this enthusiasm of English football a British heritage?

In Penang, the Peranakan is worth highlighted. This community is prominent in Straits Settlement (which includes Melaka). Known as “Baba” (for gentlemen) and “Nyonya” (for ladies), they are Chinese origin but adopt mixture of Chinese and Malay lifestyles in their dialect, food and other aspects of culture. The Penang Peranakan Mansion offers the best experience of Peranakan culture and lifestyle. 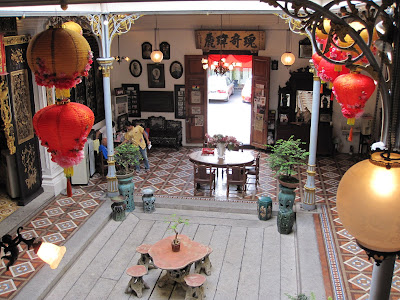 Photo: Living room in the Mansion 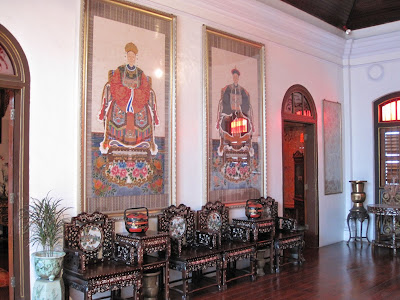 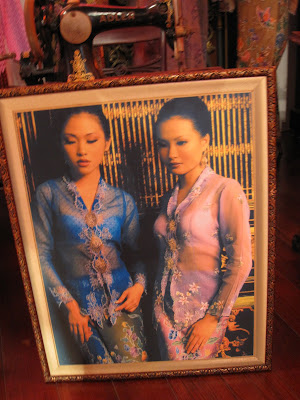 Last but not least, a modern “immigrant” from Kuala Lumpur offers a surprise attraction. Along the way towards Penang Bridge to Prai, this look like KLCC condominium clearly signaled that Penang is fast catching up with Kuala Lumpur. 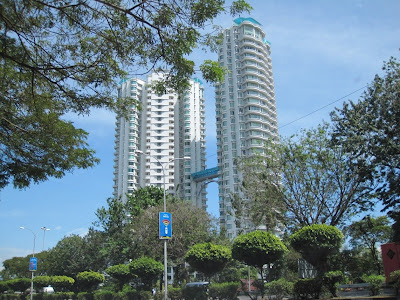 
Malaysia’s Nomination Dossier to UNESCO; Historic Cities of the Straits of Malacca: Melaka and George Town. Available at http://whc.unesco.org/uploads/nominations/1223.pdf.

[Credit: Some of the photos used are originally taken by my friends (Mei Chin & Adeline) in our previous group tour to Penang]