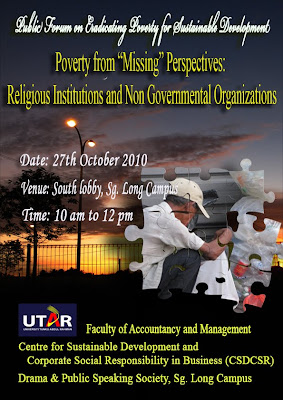 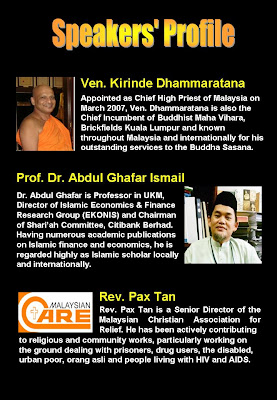 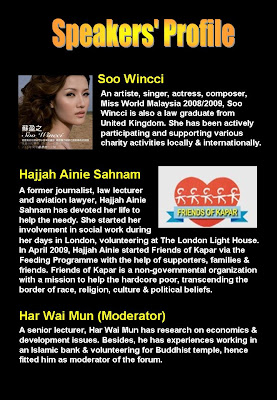 Selapas Tsunami (After the Tsunami)

Selepas Tsunami (After the Tsunami) from Pusat KOMAS on Vimeo.

The 12th General Election did not only result in the change of government in four states or the lost of Barisan Nasional two-thirds majority in Parliament. It brought along many practices never seen before in the governmant system. In Selangor, a body under the state assembly was formed to monitor the use of public funds.
In the federal Parliament the increasing presence of opposition representatives has resulted in more serious debates. Today, UMNO and Barisan Nasional has started speaking the language of change. However, the real reform process is not as easy as voting on polling day.

Ever since the development of Aristotle's rhetoric in forth century BC, slogans and motivational words played important roles particularly in politics. The best example was Alexander the Great, Aristotle's student but Malaysian political leaders certainly do not lack when applying this skill.

In the Mahathir-Anwar era, we have the famous 'We are one family' slogan. Spoken in Mandarin by Malay leaders, this slogan fascinated many Chinese. Another top hit slogan was Dr Mahathir Mohamad's 'Malaysia Boleh'.

I still recall joining in the patriotic shouting of 'Malaysia Boleh' that successfully inspired the Malaysian hockey team at Kuala Lumpur Commonwealth Games. The biggest surprise was when the Australian hockey team supporters modified their slogan to 'Australia Boleh' in their final match!

Not to forget was Abdullah Ahmad Badawi's 'Do not work for me, work with me'. Yet after the March 2008 election, not much of his Umno colleagues were willing to work with him anymore.

The latest No.1 slogan is Najib's '1Malaysia', so aggressively marketed by the Barisan Nasional government that the Malaysian sphere has been unjustifiably assaulted by the aforementioned slogan from 'Salam 1Malaysia' to associating '1' in naming new business, housing areas and for a variety of promotional matters.

I wonder whether this slogan has been grammatically verified by Dewan Bahasa dan Pustaka or else it is merely language pollution.

What is it so grand about the '1' (satu)? Indonesia already has their 'Satu Negara, Satu Bangsa, Satu Bahasa' since a long time ago. What is the difference in being 'Malaysian' against being '1Malaysian'?

Why are we still calling ourselves 'Malay', 'Indian', 'Chinese' and 'Iban' (to name a few racial terms) instead of only 'Malaysian' if we all are '1 Malaysian'? Among the Chinese, we have for example the Hokkein, Cantonese and Hainanese people, yet nowhere in Malaysia or China are they called '1-Chinese'.

Why does the government still wish to appeal to restrict the use of the word 'Allah' by the Herald? Why are corruption investigations, ISA detentions and even the right to protest selective? There are already many critics against the '1Malaysia' slogan, hence there is no need to repeat more here.

Indeed, the alarming concern that needs to be highlighted is the naïve state of Malaysians' mindset on politics and rational thinking. Malaysians tend to 'give chance' too often to Barisan Nasional after the latter comes out with slogans and sky-high (but would not be fulfilled) promises.

Let me share a story told to me by a friend, hoping that it will help Malaysians to wake-up from being hypnotised by merely slogans.

There was a son who was so naughty and therefore tended to do many bad things. This son would apologise to his father after every bad thing he did but still repeated his misdeeds again and again. One day, the father asked his son to hammer a big nail into the house wall after every bad thing did while pulling out a nail for every good deed he performed.

Years after year, the son grew up to be a better adult. Finally, the numerous nails he once hammered into the wall had been all pulled out. What was the father reaction? He just said, 'Glad that you have finally turned over a new leaf but look at the wall. Despite no more nails, the wall has been disfigured by nail holes.'

In the Malaysian context, the Barisan Nasional is the son but one who never turned over a new leaf. Instead, this 'son' went on nailing and then pulling out the nails with slogans and sometimes with a 'hammer' (read: prosecuting the opposition with force like the draconian ISA).

Anyway, the damage (the nail holes) has been done. Look at Malaysia's competitiveness. Compare Malaysian education standards with Singapore's. Judge for yourself whether there is justice and democracy in Malaysia. How about the attitude of the government towards corruption and cronyism?

Hence, please wake up fellow Malaysians. Open your eyes and you may see another word between the '1' and 'Malaysia' that is mocking us – '1-naïve-Malaysia'.

Condemnation on Attack of Three Churches