As Malaysians grace south, they cannot do much but to envy the success of Singapore. Once part of Malaysia, Singapore has pace ahead in great speed. To the former shame, Singapore has never been half as lucky as Malaysia. Middle East countries, particularly Saudi Arabia have been the biggest oil exporting countries in the world, thus boosting their purchasing power. Now, India has its “steel king” entrepreneur to cement its economics influences while Singapore may thank its strategic geography location. However, Malaysia has even more. It was once the biggest tin exporter in the world. Malaysia was also either biggest or among the biggest in term of producing or exporting rubber, oil palm and semiconductor besides also being a net oil exporter and previously a favorite foreign direct investment destination. Yet, why Malaysia still not as developed as Singapore remains not a puzzling question but a “restricted” one because answering this question frankly will need to touch on so called “sensitive issue” that can land anyone into detention or death treats! Perhaps referring to Malaysia, former Singapore Prime Minister, Lee Kuan Yew sarcastically claims that Singapore economic success is due to its lack of natural resources endowment. Meanwhile, Malaysia’s longest serving Prime Minister, Mahathir Mohamad blamed brain drain for underdevelopment. One may wonder what will happen if Singapore’s brain paired up with Malaysia’s resources. A possibility is that a single Penang state would beat Singapore’s success!

Penang and Singapore are like twin. Both are the Straits Settlements (Negeri-negeri Selat) during the British colonial period. Indeed, Western looking architectures are aplenty at Georgetown, its capital city. Those include Standard Charted bank, HSBC Bank, fire station and local council building. Singapore was part of Malaya during independent on 31st August 1957 and the formation of Malaysia with Sabah and Sarawak states in 1963 but withdrew in 1965. Since then, the development path of these two “twin” began to differ greatly. While Singapore achieved developed nation status, Penang remained artificially surviving under the ruling of Gerakan Rakyat Malaysia Party (PGRM) as state government and Barisan Nasional (BN, formerly known as Alliance) as federal government. 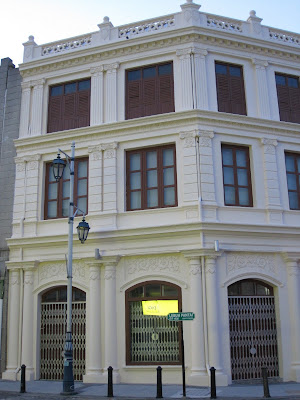 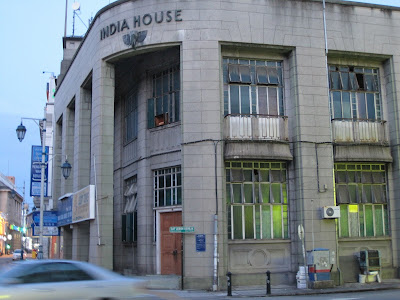 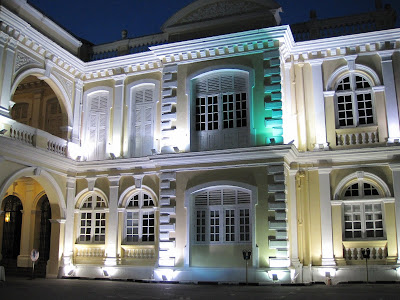 Problems in Penang, particularly related to Indian community were exploited in full scale during the 12th Malaysian General Election in March 2008. Among the highlight issues are Penang state government asked the federal government to offer a RM1 billion project to Motorola. This was seen as a desperate attempt to prevent that mammoth multinational company to leave Penang [see note 1]. In addition, the Socio-Economic and Environment Research Institute (Seri) survey between November 1997 and February 1999 on 3100 Indian household in Penang revealed among others 60 percent were wage earners in the lower income brackets, average monthly income was between RM500 and RM1, 000 per household and nearly 40 percent of the state’s suicide cases involved Indians [note 2]. Therefore, unattended old and dirty buildings and areas are easily found even in the developed Georgetown. Among are two local wet markets, a burnt down Syarikat Tai Tong building and paint peel-off Diners Bakery. Anyway, those could be eyesore to one but heritage to another and therefore would not jeopardize Penang tourism. 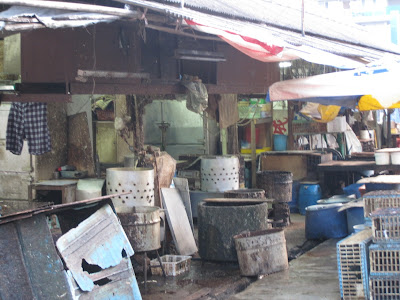 Perhaps it is the combination of modern high rise and old buildings that make Penang special from Singapore. A good spot to view this old-new combination is from the 1st Avenue Mall parking bay. 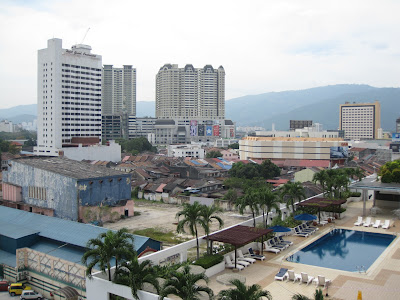 If anyone wishes to find a Singapore in Penang, Straits Quaq is the place. Built on a land-filled area, Straits Quay architecture is “fantabulos” (the latest Singlish word made popular in its latest Chinese New Year movie, Homecoming). Despite not yet fully bloom, several big names like Dome and Royal Selangor have booked their presence there. 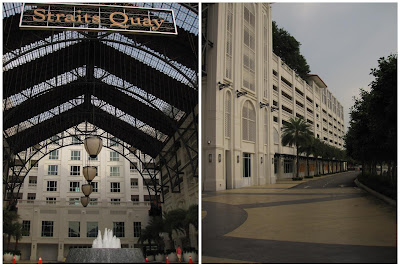 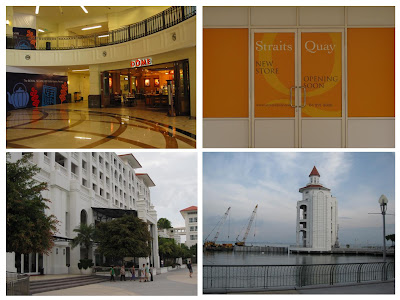 On shopping, Penang has Queensbay Mall that can match those in Singapore and in Kuala Lumpur in term of size. Within very short walking distance from Queensbay Mall, Penang bridge can be view afar. 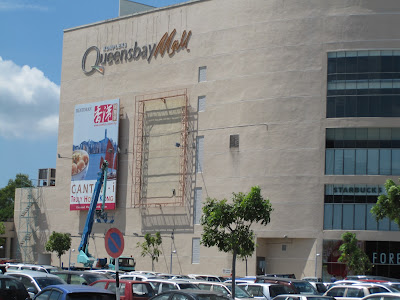 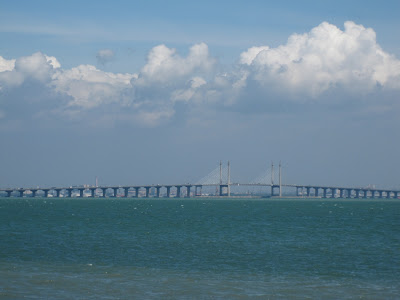 Come the 13th Malaysian General Election, Penang will certainly be a spotlight state. In the previous election, opposition alliance has won the state election, hence handling the administration to Democratic Action Party (DAP), the component party that won the most seats ousting PGRM. After taking over in 2008, Penang has seen vast improvement. This state has just top the ranking of total capital investment in the country. Penang was ranked 4th in 2009 but has increased 465% since then [note 3]. Hope will be put on its Chief Minister, Lim Guan Eng of DAP for continue reforming the state for better transparency and higher development. Thus, will Penang be better than Singapore one day?