Jesus Christ, Mother Teresa, Mahatma Gandhi and many other scarified to the welfare of people… Soldiers protect the nations with their life during invasion for the safety of people… Thus, to those who are blessed today and those who are in power as of minister or police force, please remember those good deeds done by many in the past for you, directly or indirectly… Please do not trade the Rakyat’s freedom and rights for your own comfort or pleasure… Bersih had scarified themselves not only for a fair, free and clean election but a better future for Malaysian. Please appreciate them.
Posted by Wai Mun at 11:11 PM No comments:

5 July 2011 – The United Nations human rights office today voiced concern about measures being taken by authorities in Malaysia, including restricting freedom of expression, ahead of a peaceful demonstration scheduled for this Saturday.

The Office of the High Commissioner for Human Rights (OHCHR) has recently been receiving reports of a crackdown, including harassment, intimidation, arrests and threats, targeting members of the Coalition for Clean and Fair Elections (Bersih).

“According to reliable sources, at least 150 people have been summoned, arrested or charged, including a number of opposition members of Parliament,” Rupert Colville, OHCHR’s spokesperson in Geneva, told reporters.

“We are very concerned about the various measures that are being taken by the authorities to restrict freedom of expression in Malaysia, including preventive detention, and the Government’s decision to reportedly declare Bersih an unlawful organization,” said Mr. Colville.

“We call on the authorities to release all those being detained for peacefully exercising their freedom of expression.”

'Bersih' the dark politics in Malaysia 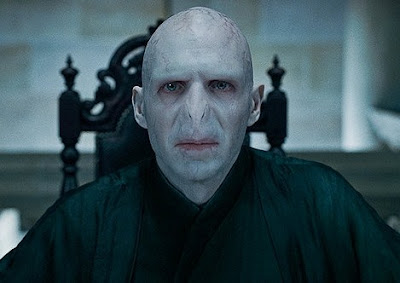 As the world waits for the final instalment of Harry Potter battling the dark Lord Voldermort, Malaysians have also been battered by dark politics for a long time.

The whole country is cast with the curses of deception, fear and greed. These are so powerful that no one shall speak badly about the BN regime.

Nowadays, many colors are banned, namely orange (as it is claimed to be associated with Hindraf movement), black (Teoh Beng Hock) and Yellow (Bersih). I wonder the next color will be green as PAS gave UMNO a damn "no" to their unholy merger proposal through the Bersih.

Words are not spared either; most sensational are the name of the country associated with the brutal murder by C4-military grade explosion and He-Who-Must-Not-Be-Associated-With-The-Case.

Allow me to draw your attention to the thoughts of Ronald Coase, a Nobel Prize in Economics recipient.

While amazed with the richness and complexity of literatures on how industries are organised, he pointed out the important missing piece - the determinant of the organisation of industry.

What determines what a firm does? To answer that question, Coase highlighted the necessary to understand why a firm exists at all.

Back to the many "banned" rallies like the Reformasi, Makkal Sakhti and Bersih, it is necessary for us to understand why they exist. In Buddhism, or perhaps also in science and other religions, when there is an effect, there is a cause(s).

Banning the demonstration rally without answering "why it exists" will not solve any antagonism of the people but it is a deceptive curse to ensure the dark lord and its cronies remain in power.

In fact, the cause bringing rise to such a rally is that the people no longer can tolerate the excessive manipulation and suppression from the ruling government. The people do not like to demonstrate but unfortunately they have no other alternative.

A thief may not wish to be a thief if he has a good standard of living, unless the curse of greed has corrupted his mind.

In Malaysia, there are plenty deceptive dark curses that need to be cleaned (di-BERSIH-kan). First and foremost, the government is not equal to BN (which is merely a political coalition).

The government belongs to its people, thus there is no need for BN to defend Putrajaya with their blood. Just have a bersih general election and lets the people to determine the government.

Second, the police, judiciary, Election Commission and MACC work for the country and its people under the separation of powers system, and not for any political party.

I once asked in a Transparency International's forum on how independent these organisations are, when the appointment of their top brass is influenced by the prime minister.

The answer from a high ranked representative from Election Commission sparked laughter from the audiences.

He said: "Our top management is appointed by the Yang Di-Pertuan Agong". He then paused for few seconds and continued: "... on the advice of the prime minister".

Therefore, one will not be surprised that many decisions by the law enforcement bodies are being criticised as biased.

Third - what we see and hear cannot be taken as truth. All mainstream media is controlled either directly through equity ownership or rules and regulations.

Thus, the BN has been so scared of alternative channels from online news to blogs, YouTube and Facebook, which they have minimum control.

The problem is that when lies are told repeatedly through mainstream media to non-information savvy like senior citizens, the lesser educated and rural folk, lies are taken as truth.

Indeed, the seed of deception has been planted into the minds of young children through improper education that dampens critical thinking.

Meanwhile, teaching permit requirements, printing acts, sedition acts, a draconian ISA and threats of prosecution by the law have gagged many voices of criticism against the BN government.

The curse of greed casted on its cronies is added to ensure much needed support to the dark regime.

Yet, the most astonishing deception spell has been cast on the 1Malaysia campaign.

It's promoted aggressively into our daily life from "Salam 1Malaysia" to "Cuti-cuti 1Malaysia" and "Kedai 1Malaysia". Everything is 1Malaysianised to show that BN is non-racist.

Indeed, the existence of 1Malaysia itself is racist. There is a rather abstract philosophical reasoning to counter this curse.

It is a matter of "nothing" and "being nothing (nothingness)". In this case, "nothing" is something called "nothing".

When you think: "I think nothing," you are actually thinking!

So, having a slogan to remind us to be "non-racist" or a practice to ensure there must be a combination of Malay, Indian and Chinese in everything, implies racist thinking.

Thus being non-racist is "being nothing", meaning we don't need to bother with this issue at all.

Furthermore, the silence of BN government on Perkasa and Utusan Malaysia is completely contradictory to what they are campaigning.

Nonetheless, the darkness has rooted too deep in Malaysia that neither Harry Potter and his Hogwarts gang nor Pakatan Rakyat and Bersih can dispel it overnight.

They came close in the previous general election but it was still not enough. Dark politics remains a hazard in Malaysia. But there is always hope that there will be a time when Malaysians can see the light.